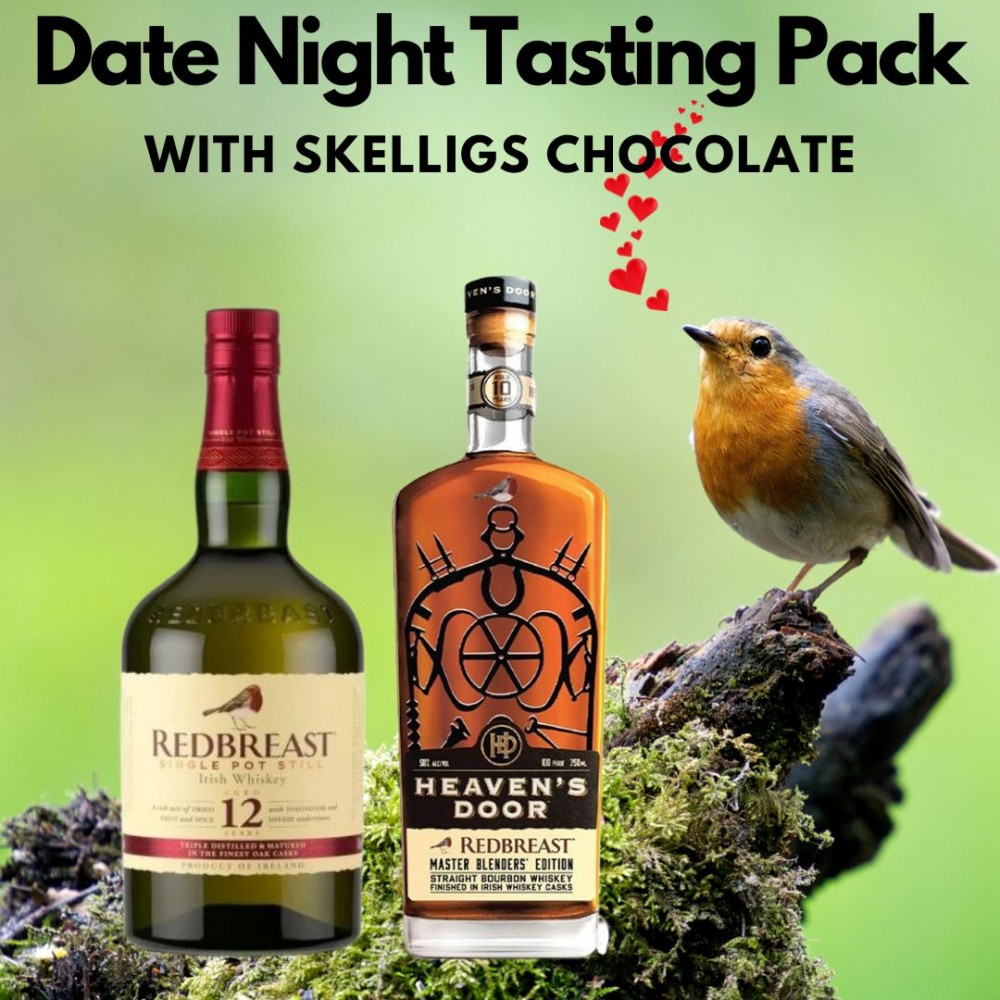 Date Night Tasting Pack with Redbreast and Heaven's Door
A lovely way for two whiskeys lovers to get together over some great whiskey and chocolate.
This pack includes a sample of both the Redbreast 12 Year Old Single Pot Still and the hard to find Heaven's Door Redbreast Master Blender's Edition Straight Bourbon. We will also include a bar of Skelligs chocolate to pair with the whiskeys and to add to the occasion.
Redbreast 12 Year Old Single Pot Still:
A famous Irish whiskey that harks back to the famous single pot stills made in Dublin many years ago. It's now made at Midleton in County Cork but remains an iconic whiskey. Rich and oily on the palate with flavours of dried fruits, roasted nuts and exotic spices. The benchmark for all Irish single pot still whiskeys.
Heaven's Door Redbreast Edition:
The highly sought after special edition of Heaven's Door that has been finished in cask that previously held Redbreast Single Pot Still Irish Whiskey. This is a ten year old Straight Bourbon that was initially matured in standard American oak barrels before the further 15 months in casks previously used for Redbreast 12 Year Old. A celebration that brings together two great distilling traditions.
Based on 0 reviews. - Write a review
Dram: 30ml
€37.50
Ex Tax: €30.49

Flat rate of €7.95 anywhere on the Island of Ireland. For UK, EU and the USA see delivery information.

Your package will arrive safely and in perfect condition. 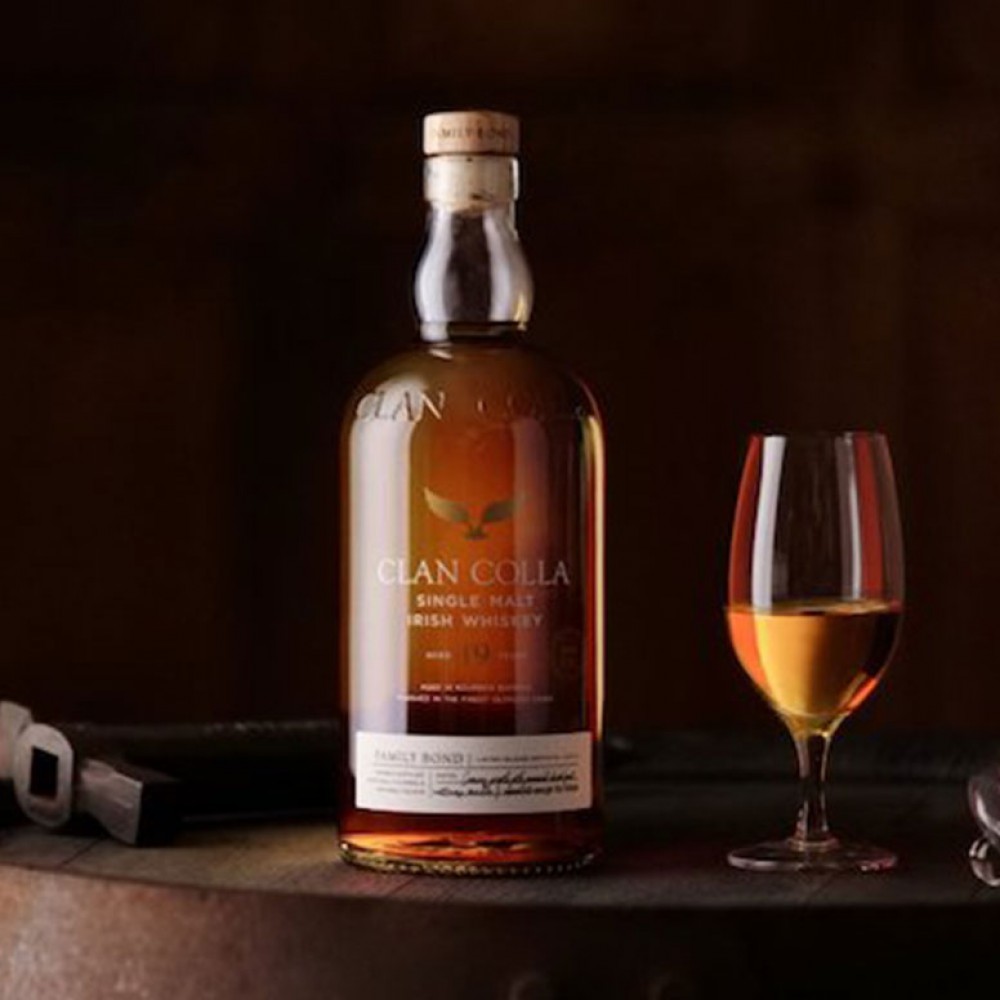 Dram - 30ml€42.50
Ex Tax:€34.55
Clan Colla Irish Whiskey Tasting Pack- 4 Samples
Add to Cart
Buy Now Ask Question
We use cookies to improve your experience on our website. By browsing this website, you agree to , our use of cookies.